in the course of my life I have seen everything, violence, misery, destruction, death and I have heard a thousand falsehoods in every corner of the world.

to remember the past because the present makes me see it in every moment.

to live in a society that unconditionally accepts everything that is proposed to them.

to see government leaders promise the stupidest things in the world while neglecting the essential things to do.

and I no longer believe in anyone but myself

but the strength to change this wrong world has no limits or borders.

American Airlines Flight 11, from Boston, Massachusetts, to Los Angeles, California, crashed into the north tower of the World Trade Center with 86 people on board, none of whom were alleged hijackers or Arabs

Susan MacKay, 44, of Westford, Massachusetts, was an employee of TJX Cos.
Chris Mello, 25, was a financial analyst with Alta Communications from Boston.
Jeff Mladenik, 43, of Hinsdale, Illinois, was the interim president at E-Logic.
Antonio Montoya
Carlos Montoya
Laura Lee Morabito, 34, was the Qantas Airways area sales manager in Boston. She lived in Framingham, Mass.
Mildred Naiman was from Andover, Massachusetts.
Laurie Neira
Renee Newell, 37, of Cranston, Rhode Island, was a customer service agent with American Airlines.
Jacqueline Norton, 60, was a retiree from Lubec, Maine. She was traveling with her husband, Robert Norton.

Robert Norton, 82, was a retiree from Lubec, Maine. He was traveling with his wife, Jacqueline Norton.
Jane Orth, 49, of Haverhill, Massachusetts, was retired from Lucent Technology.
Thomas Pecorelli, 31, of Los Angeles, California, was a cameraman for Fox Sports and E! Entertainment Television.
Sonia Morales Puopolo, 58, of Dover, Massachusetts, was a retired ballet dancer.
David Retik was from Needham, Massachusetts. He was a general partner  of Alta Communications.
Philip Rosenzweig of Acton, Massachusetts, was an executive with Sun Microsystems.
Richard Ross, 58, of Newton, Massachusetts, headed his own management consulting company, the Ross Group.
Jessica Sachs, 22, of Billerica, Massachusetts was an accountant with PricewaterhouseCoopers.
Rahma Salie, 28, was from Boston.

Heather Smith, 30, of Beacon Capital Partners was from Boston.
Douglas Stone, 54, was from Dover, New Hampshire.
Xavier Suarez
Michael Theodoridis, 32, was a consultant from Boston.
James Trentini, 65, was a retired teacher and assistant principal from Everett, Massachusetts.
Mary Trentini, 67, was a retired secretary from Everett, Massachusetts.
Mary Wahlstrom, 75, of Kaysville, Utah, was traveling with her daughter, Carolyn Beug.
Kenneth Waldie, 46, of Methuen, Massachusetts, was a Raytheon Co. senior quality control engineer.
John Wenckus, 46, was a tax consultant from Torrance, California.
Candace Lee Williams, 20, was a student from Danbury, Connecticut.
Christopher Zarba, 47, of Hopkinton, Massachusetts, was a software engineer at Concord Communications.

American Airlines Flight 77, from Washington to Los Angeles, crashed into the Pentagon with 56 people aboard, none of whom were alleged hijackers or Arabs.

Here the most extensive documentation on the events of September 11th

Paul Ambrose, 32, of Washington, was a physician who worked with the U.S. Department of Health.
Yeneneh Betru, 35, was from Burbank, California.
M.J. Booth
Bernard Brown, 11, was a student at Leckie Elementary School in Washington.
Suzanne Calley, 42, of San Martin, California, was an employee of Cisco Systems Inc.
William Caswell
Sarah Clark, 65, of Columbia, Maryland, was a sixth-grade teacher at Backus Middle School in Washington.

Video Donald Trump … Why didn’t he do anything once he was elected president? Type here

Dee Flagg
Richard Gabriel
Ian Gray, 55, of Washington was the president of a health-care consulting firm.
Stanley Hall, 68, was from Rancho Palos Verdes, California.
Bryan Jack, 48, of Alexandria, Virginia, was a senior executive at the Defense Department.
Steven D. “Jake” Jacoby, 43, of Alexandria, Virginia, was the chief operating officer of Metrocall Inc.
Ann Judge, 49, of Virginia was the travel office manager for the National Geographic Society.
Yvonne Kennedy
Norma Khan, 45, from Reston, Virginia was a nonprofit organization manager.
Karen A. Kincaid, 40, was a lawyer with the Washington firm of Wiley Rein & Fielding.
Norma Langsteuerle
Dong Lee
Dora Menchaca, 45, of Santa Monica, California, worked for a biotech firm.
Christopher Newton, 38, of Anaheim, California, was president and chief executive officer of Work-Life Benefits.
Barbara Olson, 45, was a conservative commentator who often appeared on CNN.
Ruben Ornedo, 39, of Los Angeles, California, was a Boeing propulsion engineer.
Robert Penniger, 63, of Poway, California, was an electrical engineer with BAE Systems.

Lisa Raines, 42, was senior vice president for government relations at the Washington office of Genzyme.
Todd Reuben, 40, of Potomac, Maryland, was a tax and business lawyer.
John Sammartino
Diane Simmons
George Simmons
Mari-Rae Sopper of Santa Barbara, California, was a women’s gymnastics coach at the University of California.
Bob Speisman, 47, was from Irvington, New York.
Hilda Taylor was a sixth-grade teacher at Leckie Elementary School in Washington.
Leonard Taylor was from Reston, Virginia.
Leslie A. Whittington, 45, was from University Park, Maryland.
John Yamnicky, 71, was from Waldorf, Maryland.
Vicki Yancey
Shuyin Yang
Yuguag Zheng

United Airlines Flight 175, from Boston, Massachusetts, to Los Angeles, California, was the second hijacked plane to strike the World Trade Center South Tower) with 56 people on board. No alleged hikackers or anyone of Arab name or obvious descent.

United Airlines Flight 93, from Newark, New Jersey, to San Francisco, California, crashed in rural southwest Pennsylvania, with 45 people on board, none of whom were alleged hijackers or Arabs. 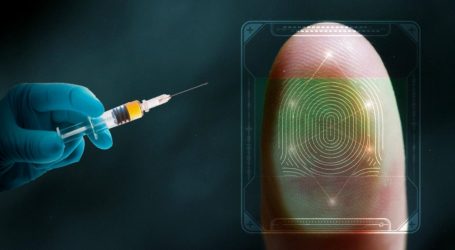