According to the Global Terrorism Index, Fulani herdsmen have killed more than 60,000 people since 2001.

At least 120 people have been killed by alleged Fulani militant attacks since February in the Kaduna state of Nigeria with the latest attacks on Monday resulting in the deaths of over 50 and the destruction of more than 140 homes.

On Monday, 52 people were killed, dozens injured and around 143 homes were destroyed in attacks on the villages of Inkirimi, Dogonnoma and Ungwan Gora in the Maro district of the Kajuru Local Government Area, according to Christian Solidarity Worldwide.

Nigeria ranks as the 12th worst country in the world when it comes to Christian persecution, according to Open Doors USA’s 2019 World Watch List.

In 2018 alone, thousands of Christians were killed by militant Fulani herdsmen, leaving some to say that genocide is occurring in the Middle Belt of Nigeria.

The Christian Association of Nigeria (CAN) also condemned the deadly assault and urged young Nigerians not to retaliate against the terrorists.

“We have appealed to the youths in the area that there must never be any reprisal. We want to give the security operatives in the state the benefit of the doubt to go after the killers. We don’t want any reprisal attack because the circle of violence and killings will continue,” Rev. Joseph Hayap added.

CBN News reported last year that hundreds of Christians were killed in clashes with the Muslim herdsman.

Last June, Fulani herdsmen, who are mostly Muslim attacked six predominantly Christian villages in Nigeria’s Plateau state. Many of those killed were Christians, and they were reportedly hacked to death. 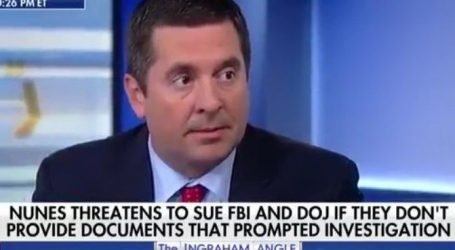