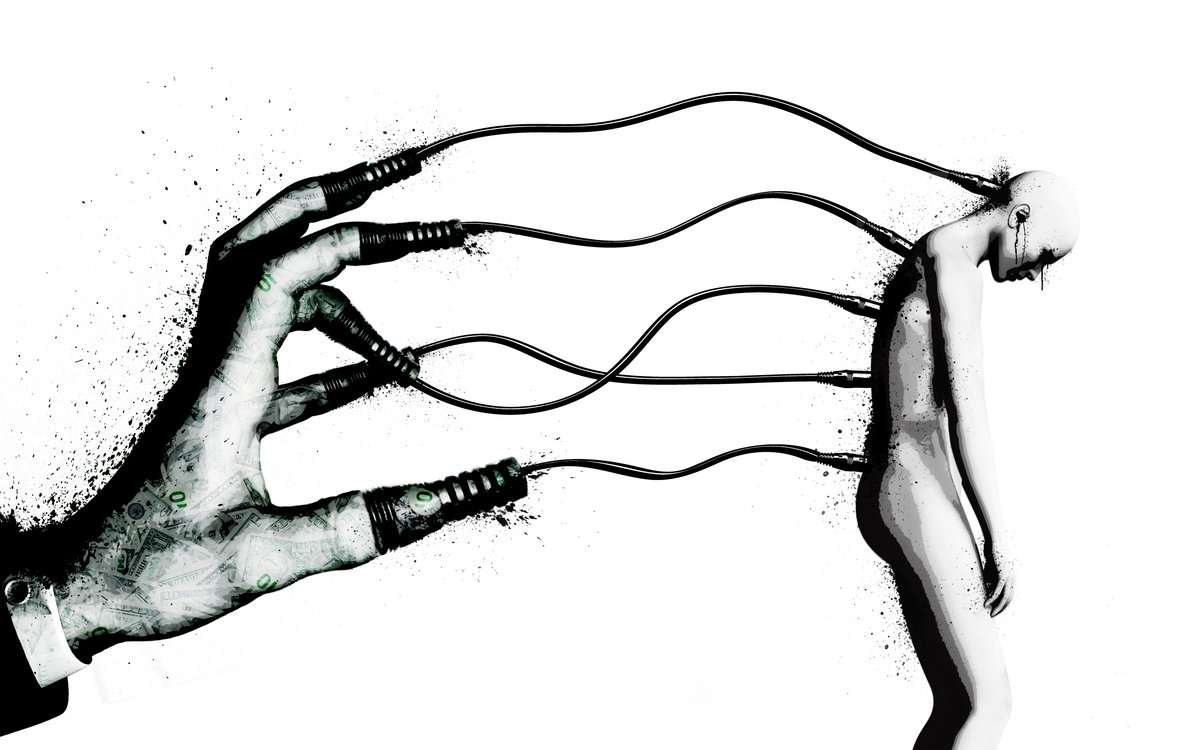 It is essential to have an open mind to encode every event that occurs in the world, once all attention is focused on things that have the sole purpose of distracting people and from there you can plan and develop the impossible that now and ‘our everyday reality.

Davos is a city in Switzerland, known as much for its excellent skiing as it is for hosting the World Economic Forum (WEF) annual meeting. The meeting is formally described as “the most creative force for engaging the world’s top leaders in collaborative activities to shape the global, regional and industry agendas at the beginning of each year.”

This elite oligarchy, however, is behind a technocratic plan to govern society through technology, programmed by scientists and technicians and automated through the use of artificial intelligence, rather than through democratically elected politicians and government leaders. The video above shows snippets of the World Economic Forum’s 2016 meeting, with narrative by Truthstream Media.

It’s compared to the meetings of the secretive Bilderberg Group, created by Prince Bernhard of The Netherlands in 1954 to “foster dialogue between Europe and North America,” but unlike Bilderberg meetings — the details of which are not made public, but which have reportedly referred to protestors as “cockroaches” — WEF is an open forum that may be filmed and released to the public.

This particular discussion, therefore, is eerily polite, but that doesn’t make its content any less chilling.

Scientists Scheming How to Use Your Own Thoughts Against You

What if, one day in the next decade, it becomes possible to read your thoughts? The WEF panelists suggest that different ways of scanning the brain and brain mapping could be incorporated into the legal system, used by lawyers as part of trials, including against you.

Apparently, according to one of the panelists, Jack Gallant, head of The Gallant Lab at UC Berkeley, “Anything that’s in current conscious awareness can be decoded, it’s just a matter of [finding the] technologies” to do so.

If brain mapping became mainstream, it could have major applications applicable to the law, such that even if a person chooses not to confess, their brain could be tapped to do it for them. This has already occurred in India, when brain scan technology was used to criminally convict someone based on the data received from their brain, not via their spoken words.

It’s possible, for instance, to decode signals in the brain in such detail that you could reconstruct a movie a person has seen, including not only the objects and actions in the movie, but also how that person felt about the movie — whether it made them feel happy, sad or otherwise.

Further, every emotion you feel leaves a signature in your brain that can be “read.” Mindreading, then, is no longer a work of science fiction. WEF cited a study by Carnegie Mellon University researchers who are using mindreading technology to decode complex thoughts. According to WEF:

“The technology, the researchers say, is able to understand complex events, expressed as sentences, and semantic features, such as people, places and actions, to predict what types of thoughts are being contemplated. After accessing the mental triggers for 239 sentences, the program was able to predict a 240th phrase with 87% accuracy …

Marcel Just, who is leading the research, said … ‘This advance makes it possible for the first time to decode thoughts containing several concepts. That’s what most human thoughts are composed of.’”

There is currently no such thing as protection of “freedom of thought” the way there is protection for freedom of speech, and the notion of “mental privacy” isn’t even on the radar. Yet, this brain decoding technology is being slated for use against the public.

Gallant stated, “There’s a huge government program now to increase measurement technology for neuroscience … as it helps basic research so we can measure the brain better, that will have applications in brain decoding and interpretational brain function that will be applicable to the law.”

Another panelist, Brian Knutson, professor of psychology and neuroscience at Stanford, describes thoughts and feelings that you may not be able to verbalize, or may not want to verbalize, that still leave a signature in your brain. “And we might be able to decode that,” he said.

One goal, it appears, may be to decode a person’s brain even without their consent. Rana Foroohar, TIME magazine’s assistant managing editor in charge of economics and business, also a panelist, said:

“If we could get to the point, where either you can have an unwilling suspect or an unwilling individual having their brain decoded in some sense … legal systems don’t bake in any presumption that we can do that and so there’s no legal protections that can be afforded to you.

So if you look nationally, internationally at whether or not there are any human rights … if there are constitutional protections for something like freedom of thought or mental privacy or cognitive liberty, nothing like that exists yet.”

Scientists have already decoded various aspects of language, such as phonetics, syntax and semantics. From there, it’s just a matter of time before internal speech — your very thoughts and mind — can also be decoded. 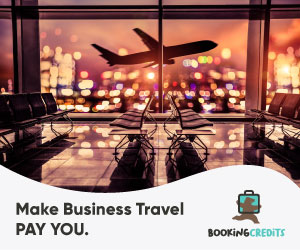 Are Portable Brain Decoding Devices a Few Years Away?

Gallant said he believes it’s just a matter of time before there will be portable brain decoding technology that decodes language as fast as you can text on your cellphone: “Everyone will wear them, because people have shown that they’re quite willing to give up privacy for convenience.” A prototype could be here in the next decade.

While they bring up the “scary” ethical and privacy questions this raises, there’s no question of whether or not they should move forward. This is already occurring.

“Technology is about to openly bring us an era where government authorities can read people’s minds without their permission and use it against them including in court, pre-crime, thought police/thought crime and labeling people including children as potential criminals based on their brainwaves and all of this was discussed casually at Davos,” Truthstream Media noted.

In fact, Kent Kiehl, of the University of New Mexico and the MIND Research Network, has used brain scans to uncover what he believes is a specific brain signature for psychopathy. He’s also noted, “A great deal of research suggests that the core, precipitating features of psychopathy are developmental in nature, with relatively persistent traits becoming apparent before the age of 10.”

If it turns out you can decipher who may become a psychopath via brain decoding, and identify them by the age of 10 — then what? Scientists are also trying to use brain decoding to figure out how likely it is that someone may commit a crime again, in order to influence criminal sentencing.

The WEF panel even put out a public poll to find out who people would trust with access to their thoughts and memories — government, police, your doctor, your employer, your spouse or none of them? Three percent said they would give over access to the government, compared to 25% to their spouse.

False Memories Can Be Implanted

Part of what makes brain decoding, and the use of mindreading, so terrifying is that memories can be manipulated. Elizabeth Loftus, a professor of psychology at UC Irvine, has done extensive research showing that memory is not only not reliable, but easily manipulated.

“We can easily distort memories for the details of an event that you did experience,” she told The Guardian in 2003. “And we can also go so far as to plant entirely false memories — we call them rich false memories because they are so detailed and so big.” What her decades of research have shown is that memory doesn’t always work like a recording device that simply plays back scenarios as they occurred.

“Memory works a little bit more like a Wikipedia page,” she told NPR. “You can go in there and change it, but so can other people.” False memories, then, can be implanted in people’s minds, and that’s not all.

Another area of research is pain detection — understanding the circuitries that cause pain. If that can be manipulated, it’s possible that instilling pain could also be used as a coercive measure in the legal system, the WEF panelists noted. “That’s amazing,” one of them responded.

US Government Has History of Mind Control Experiments

If this sounds too conspiratorial, too outlandish to be real life, consider the CIA’s top-secret MK-Ultra project, which engaged in mind control experiments, human torture and other medical studies, including how much LSD it would take to “shatter the mind and blast away consciousness.”

In decades past, the technocrats — the global, mostly unelected, elite that steer the management of nations worldwide — called for a “new world order.” Currently, terms like “the Great Reset,” “the Fourth Industrial Revolution” and “Build Back Better” are being thrown around, as fear and social control, triggered by the COVID-19 pandemic, grow.

All of these terms refer to the same long-term globalist agenda to dismantle democracy and national borders in favor of a global governance by unelected leaders, and the reliance on technological surveillance, i.e., brain decoding, digital “health passports” and more, rather than the rule of law to maintain public order.

The warning signs are all around us, if we’re willing to see them for what they actually are. The only question now is whether enough people are willing to resist it to make a difference. 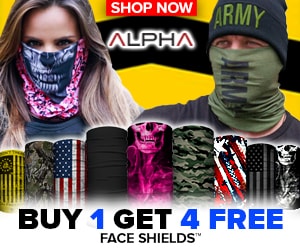 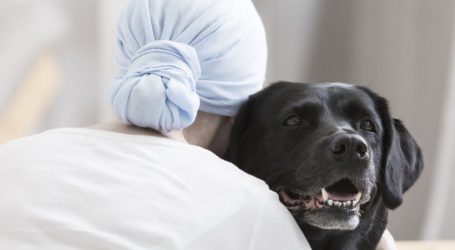 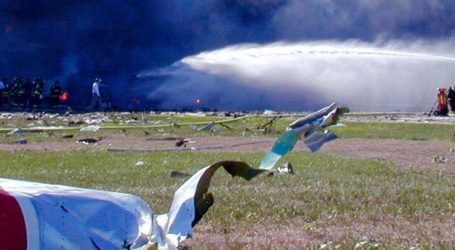 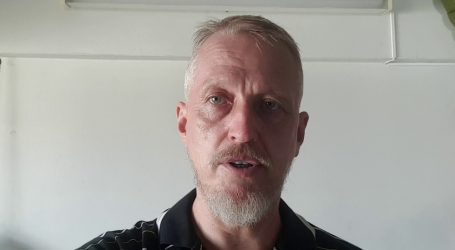