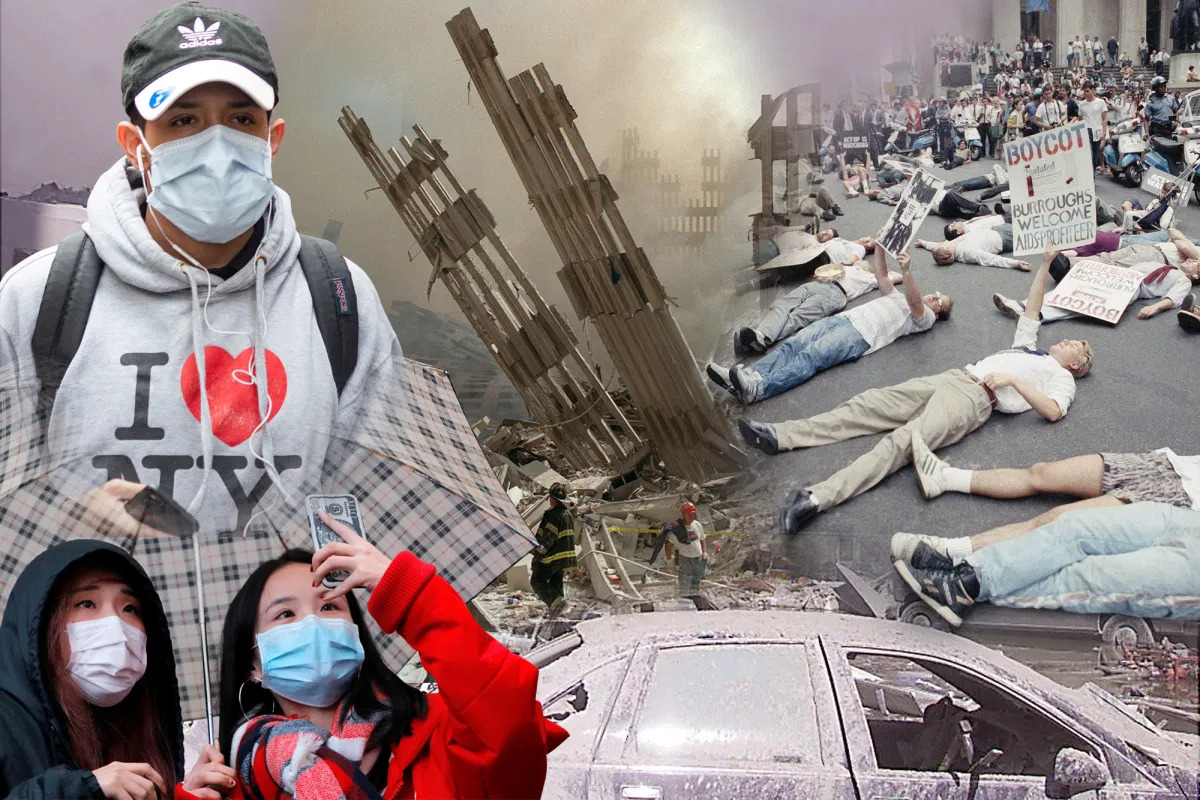 It is hard to believe that a small group of people has managed to deceive billions of people on unequivocally artificial facts.
The human mind is truly strange, it repeats its mistakes and supports them with a therapeutic doggedness that borders on madness.

It is life, our life, there are no others and it is often considered as a disposable commodity.
Globalization and the single thought has created puppets that seem even happy to self-destruct.
It’s sad reality, but the artificial fantasy that has come to consolidate in the minds of men is taking over……. The line of demarcation that separates these two perceptions are now indistinguishable and this is becoming the great problem of humanity at this time.

Why do I say false flag and fake pandemic?

In March, they told us the lockdown was necessary to keep the Corona Curve low so the hospitals wouldn’t be overrun. They were not overrun and there was no first wave. What there was was a shortage of patients, empty beds, and short time in the hospitals.

And now, they are testing and finding hundreds of thousands supposedly “positive” but resulting in virtually no hospitalizations. They put the infections in the foreground, suppressing the illness and death rates that tend to zero.

Only the numbers of sick and dead say something and not the number of infected who do not fall ill. They do not notice anything of the virus, like most of us and we are not “super-spreaders” either. Therefore, there will not be a second wave.

Either the commanded lockdown was the biggest misdiagnosis, misdecision and false alarm of all time or they deliberately pulled off an abuse of power for no reason. Either way, it is a giant fraud, large-scale deception, and gigantic lie, which has caused immeasurable damage.

We can trace the nearly 20-year path from 9/11 to the COVID-19 pandemic by the freedoms and rights we have lost along the way. The path is littered with the debris of our once vaunted freedoms. It has become a path to tyranny.

Bundestag President Wolfgang Schäuble (CDU) acknowledged the use of the crisis in an Aug. 20 interview. The Corona crisis, he said, is a great opportunity as far as the EU superstate is concerned, because resistance to change in the crisis is diminishing. “We can now get the economic and financial union that we haven’t been able to get done politically,” he said.

And they have done it, with the so-called 750 billion euro aid package there is the liability union, that is, the German taxpayer is liable for all the debts of the EU member states, or, Germany must pay for the incompetence, mismanagement and corruption of the southern states. They are very happy, because now they can continue their debt economy unhindered.

Politicians produce crises with fear and terror in order to then be able to push through their “solution” without resistance. People are told that they have to give up their freedoms so that the state can provide for their security. Only, in doing so, one loses both freedom and security.

Hitler did it with the self-orchestrated Reichstag fire, and with the Reichstag passing the emergency laws, he became dictator in 1933. After 9/11, Congress passed the Patriot Act, emergency laws that instituted the total police and surveillance state in the US.

Freedom of speech, the right to protest, the right to challenge government misconduct, due process, the presumption of innocence, the right to self-defense, accountability and transparency in government, bodily integrity, all these and more have become casualties in the government’s ongoing war against the people.

What the last 20 years have proven is that the U.S. government, and that of all other Western industrialized nations, poses a greater threat to our individual and collective liberties and our national security than any terrorist, foreign threat, or pandemic.

I therefore quote George Orwell: “No one ever seizes power with the intention of surrendering it. Power is not a means; it is an end.”

The COVID-19 pandemic, with its lockdowns, mandatory masks, surveillance, spying, and veiled threats of forced vaccinations, has given the anti-democrats and haters of freedom lurking in every country the opportunity to show their true colors.

The rats have crawled out and called for massive restriction of freedom and imposed it without resistance in parliaments. Fundamental rights have been suspended overnight with the stroke of a pen, with the excuse of protecting against infection.

Anyone who stands up for fundamental rights and invokes the constitution is an enemy of the state. But whoever is for the abolition of rights in his own country is celebrated and praised from above. It is allowed to demonstrate for BLM in the USA, but not for freedom and against dictatorship in Germany. Values are completely turned upside down.

On June 6, the authorities in Munich approved a Black Lives Matter demo at Königsplatz with more than 25,000 participants, without any obligation of distance or limitation of the number of participants, although at that time the “danger of infection” was much higher than today.

The same authority has banned the demo of “Querdenker 089” under the motto “Peace, Freedom and Health” for this Saturday.

(Update: Only going to the Bavarian Administrative Court allowed a demo under strict conditions. A gathering on the Theresienwiese may take place with only 1000 participants, is restricted for infection control reasons).

As after 9/11, where the media warned with scaremongering about the phantom of terrorists, who are everywhere and nowhere, now we are made afraid of a virus, which causes, if at all, no more than a flu. Nothing happens to 99 percent of the people.

After 9/11, we were all declared terrorists. The “war on terror” declared by George W. Bush actually became a war on all of us, with massive dismantling of our rights and invasion of privacy. This year, we are all spreaders of the virus, who must generally be locked up.

Previously, only sick people were quarantined, for everyone else life went on as normal. In 2020 it happened to all of us, lock up at home, keep distance, wear mask, no more work, no more normal life, no matter if we have the virus and are sick or not.

It is hard to believe but in Canada, Australia and also in New Zealand so-called quarantine breakers are being arrested and locked up in internment camps. Authorities in Quebec City, Canada, have announced that they will isolate “uncooperative” citizens in a coronavirus facility whose location remains secret.

Dr. Jacques Girard, who heads Quebec City’s public health department, confirmed at a press conference that the state is also tracking down people for violating quarantine at home and forcibly moving them to the secret facility.

“Because we were isolating people at home. And then we saw that the person was not at home. So we went to their home and then told them we were going to isolate them where we wanted them,” Girard said.

“It should be noted that there is no claim that anyone actually has coronavirus. But the state has the power to force a citizen into isolation anyway.”

The same should happen to people who do not want to undergo forced vaccination. Since they are declared to be pests of the people and spreaders of infection, they can be locked up for “security reasons”, denied all their rights and have their children taken away.

Haven’t you noticed that the state’s answer to every problem involves more state – either at taxpayer expense – or less individual freedom?

From the 2001 “terrorist attacks” to the 2008 financial crisis to the 2020 COVID-19 pandemic, every crisis – manufactured or otherwise – has become an opportunity for governments to expand their reach and power at the expense of taxpayers while restricting our freedoms at every turn.

The fatal part of this for me is that there are many people who think this is good and right, who want even more government. They even defend the dictatorship. Especially they want more freebies, they want socialism that provides them fully. They can’t do anything with freedom and self-responsibility.

Especially now in Europe the virus of socialism, communism and Marxism is spreading because of the economic and financial crisis. The state is supposed to regulate everything, finance everything and save all the bankrupts, i.e. distribute money to the dying industries and for doing nothing.

The Corona lockdown is great because you sit at home. Many misunderstand this as freedom, because you no longer have to work and can pursue your “hobby”. But as Johann Wolfgang von Goethe said – “No one is more a slave than he who thinks himself free without being so.”

As history shows, socialism and planned economy does not mean increase of value but destruction of value, the robbery of the state of what is available in order to distribute it until there is nothing left to distribute. All socialist forms of society have failed, printing money does not help.

Therefore, we are facing a choice with the Hygiene Dictatorship. As I have written many times, 9/11 was a watershed event, with a time before and a time after. Now we are in the same situation. Nothing will be the same and bad times are ahead.

Those who have not taken precautions will not survive the greatest of all depressions!!!!

Do you really think they will give up the power they have given themselves? See Orwell above. Do you think they will change back from despots to democrats? No, they will always find new reasons to prolong the state of emergency and make it permanent.

Either we stand up and fight for our freedom and rights, sweep away the criminal gang at the helm, reflect on what a democratic society really is, establish it and reduce the state to a minimum, or we will end up in even more slavery that will turn the whole planet into a prison.

The fake pandemic is the global 9/11.

“Today Berlin is again the front against totalitarianism”. He stated exactly what I describe in this article. “Governments love pandemics, and they love them for the same reasons they love war because it enables them to install control mechanisms that we would never otherwise accept.”

Censorship of search engines, advertising agencies and establishment-controlled social media is drastically reducing our revenue . This makes it difficult for us to continue. If you find the content we publish useful, please consider supporting us with a small monthly financial donation. 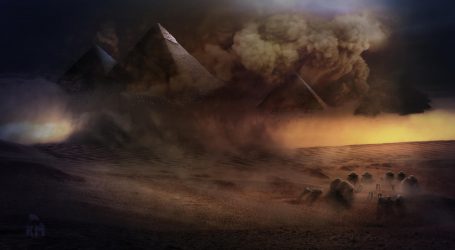 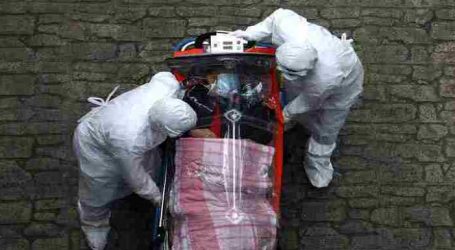 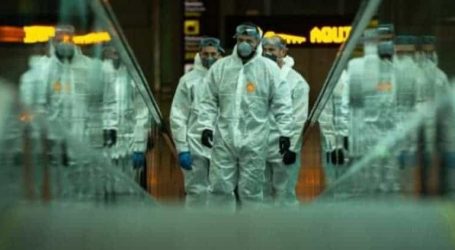 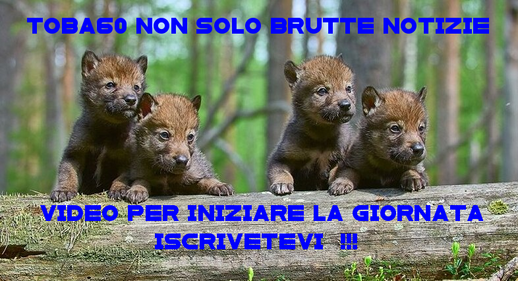