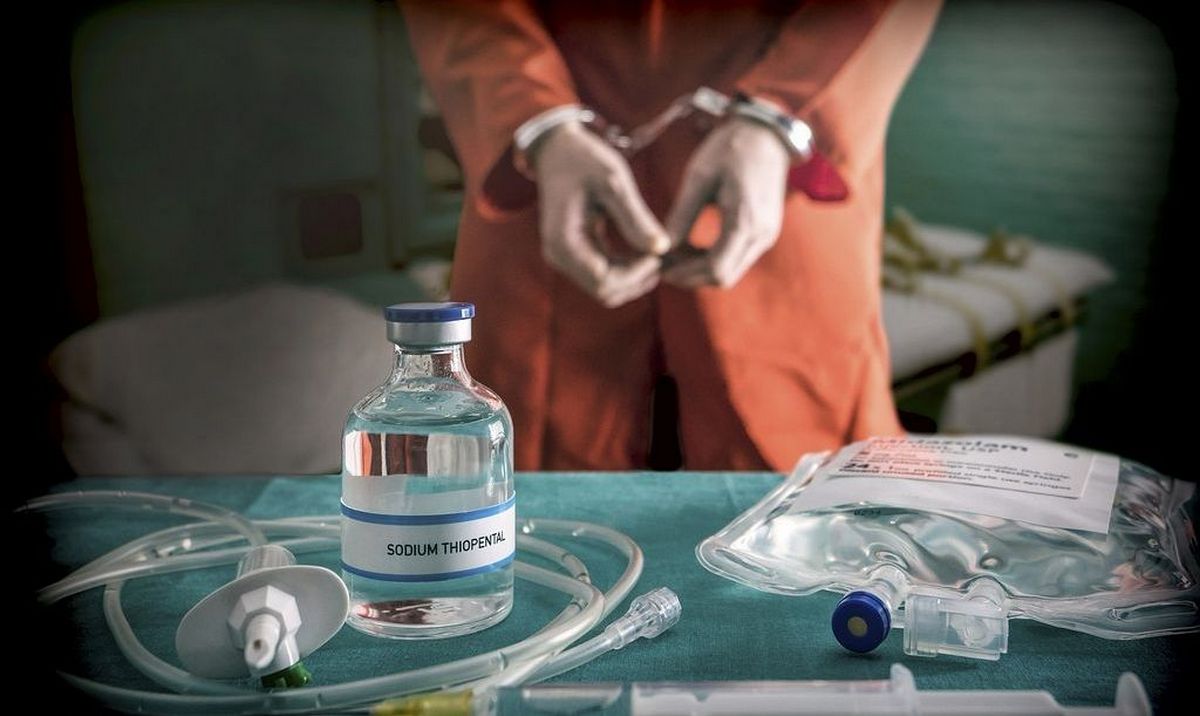 Even in the face of evidence, medical propaganda designed to encourage the use of vaccines seems to have no end.

This in itself is not a problem, it would be enough that no one goes to do it.
As a matter of fact, many people are lining up to get an injection and even this is a minor fact.

Many people drink alcohol to the point of drunkenness, do drugs, eat junk food that predisposes them to certain diseases, lead stressful lives that affect their health, in short, carry out a thousand activities that compromise the physical integrity of the individual and no one has ever bothered to isolate them so that they lead a regular life.

Freedom is the only good that must be protected, the rest is decided by each one of us.

All that is being implemented at the moment is to limit any autonomy under the pretext of protecting people’s health.

I personally prefer that they leave me alone, without worrying so much about me, they have done too much damage in recent years and between us, I really don’t trust the authorities

Even in the face of Death, Propaganda Continues

“…As so-called ‘vaccines’ of all approved companies are being shut down in the U.S. and around the world due to horrible side effects and death, the state, the media, and the illegitimate ‘health’ organizations are continually recommending more ‘vaccinations’ of poisons be given.

This obviously defies logic and sanity, but it should make evident to many more that this is a plot meant only to control and kill, and has never been meant to stop or cure any ‘virus.’ The only goals of this deception called ‘Covid’ are to cause sickness and death in order to accomplish depopulation and set the stage for technocratic control over all of humanity”

The Covid Propaganda Continues Even in the Face of Vaccination Murder

″There will be, in the next generation or so, a pharmacological method of making people love their servitude, and producing dictatorship without tears, so to speak, producing a kind of painless concentration camp for entire societies, so that people will in fact have their liberties taken away from them, but will rather enjoy it.”

Dystopian reality has now taken on a whole new meaning, as the people have become slaves, but they continue in a time of extreme misery, squalor, and oppression, to accept this state of tyranny voluntarily. Many are even excited about this turn of events because they have been given the illegal capability to become completely irresponsible, while collecting extortion money at the expense of their neighbors and countrymen. This of course is a government-designed outcome, as the masses have been fooled over time into believing that they deserve something for nothing. Now that they are ripe for takeover, the plot will thicken, and given the implications of what is possible, we are facing a time of terror.

The now dreaded flu season, which has been turned into the fake ‘Covid’ pandemic season, is over for the year, but no one would realize this by reading or watching the criminal mainstream media’s nefarious narration of current events. As reported, the WHO ‘chief’ liar, Tedros Adhanom Ghebreyesus, said:

“The number of new COVID-19 cases per week has nearly doubled globally over the past two months, approaching the highest rate seen so far during the pandemic.”

“Cases and deaths are continuing to increase at worrying rates,” Tedros Adhanom Ghebreyesus said in a briefing focused on Papua New Guinea (PNG) and the western Pacific region.

He said he was very worried about the potential for a much larger epidemic in PNG, and it was vital the country received more COVID-19 vaccines as soon as possible.

What is so stark and revealing about these statements, other than that they are outright falsehoods, is the concentration on Papua New Guinea and the western Pacific region.

Nothing could be more obvious than this ploy to attack a region that had much lower ‘case’ and death ‘reporting’ than much of the rest of the world. Once mass vaccination occurs there, as is being demanded by the head of the evil Bill Gates run WHO, there will be plenty of sickness and death due to this poisonous injection. Of course, the horrible governments of Australia, the U.S., and Germany, have sent emergency ‘medical’ teams (contract killers) to this region to facilitate spreading toxic and deadly jabs into as much of the population as possible.

This is not spreading democracy; it is spreading death. I am very surprised that Tedros and his ilk have not gone after Tanzania in the same manner, after the likely murder of their president John Magufuli. He realized early on that this was all a fraud, and proved that the testing was completely phony, and then suspiciously died only to be replaced by an insider for Klaus Schwab’s heinous World Economic Forum, the home of the “Great Reset.”

While in the midst of leaving the season of most sickness, the mainstream headlines continue to claim that the infection rate nears ‘pandemic’ highs. If these sensationalist headlines do not cause the “proper” amount of panic among the herd, then stronger and more direct measures will be used in order to stoke and perpetuate the fear until later this year when the next flu season begins. The tactics most certainly already planned are not totally clear as of yet, but they will be as this year progresses.

If the powerful and their organized crime accomplices in government can carry the fear into the fall, all hell will break loose. By that time, and after nearly two years of lockdowns, a constantly masked populace, and psychological and economic destruction, the death rates coming will be exponential in nature. With that high level of stress among the masses, completely destroyed immune systems, and a much higher injection rate of deadly pathogens, the state will revel in its ability to take over once and for all.

As so-called ‘vaccines’ of all approved companies are being shut down in the U.S. and around the world due to horrible side effects and death, the state, the media, and the illegitimate ‘health’ organizations are continually recommending more ‘vaccinations’ of poisons be given. This obviously defies logic and sanity, but it should make evident to many more that this is a plot meant only to control and kill, and has never been meant to stop or cure any ‘virus.’ The only goals of this deception called ‘Covid’ are to cause sickness and death in order to accomplish depopulation and set the stage for technocratic control over all of humanity.

As people are confronted with blood clots, auto-immune disease, stroke, heart attack, horrible allergic reactions and anaphylactic shock, and many other dilapidating effects from these virulent and even fatal ‘Covid’ injections, including immediate death, Pfizer is already calling for a third vaccine within the year. The push for all to be injected is going forward, even as many claim they will not take these shots.

What will the government and its handlers do to attempt to get a high percentage of Americans to accept the unacceptable? What is coming to enhance the numbers of people willing to accept this jab? What possible set of events will be forthcoming to frighten the public into running to get this shot of poisonous, mind and body controlling, RNA/DNA altering inoculation? Will it be a variant lie, claimed mutations, or other reasons, and will this government purposely release toxins on the public to cause mass panic? As I have stated in the past, nothing will be off the table when it comes to gaining total control over this country’s citizens.

The adverse reaction rate is supposedly calculated by a front organization for the CDC and FDA called the Vaccine Adverse Event Reporting System (VAERS). This is akin to having the fox guard the henhouse, as the government desires all to be ‘vaccinated,’ regardless of the consequences, and then also is in charge of monitoring these events, and deciding what they want to report or not report.

Less than 10%, possibly much less, of all adverse reactions and death due to ‘vaccines,’ are being reported, and the state through this VAERS system decides on its own which cases to report. Given the history of government monitoring and policing itself, these numbers are certainly only a tiny fraction of reality, and are manipulated by the promoters of this fraud. In fact, the CDC is basically a vaccine company, and gets most of its revenue from vaccines, and has many patents on the toxic concoctions. What a scam!

According to Robert F. Kennedy, Jr.:

“The CDC is a subsidiary of the pharmaceutical industry. The agency owns more than 20 vaccine patents and purchases and sells $4.1 billion in vaccines annually. Congressman Dave Weldon has pointed out that the primary metric for success across the CDC is how many vaccines the agency sells and how successfully the agency expands its vaccine program—regardless of any negative effects on human health.”

Actually, the number of vaccine patents held by the CDC is much higher, as noted in the source links below, this regardless of the lies put out by the state and media sponsored “fact checkers.”

The truth about the deadly nature of the U.S vaccination programs, and especially this ‘Covid’ scam injection, is becoming abundantly clear, but more need to shun not only this lethal shot, but others as well. This is especially true concerning the very young, and all children that are subject to any public school system. They are the targeted ones, because if all are injected over their lives, they will be little more than state-controlled robots in the future. With that accomplished over the next generation or two, there will be no freedom whatsoever left to consider in this land called America.

“Never have so many been manipulated so much by so few.” 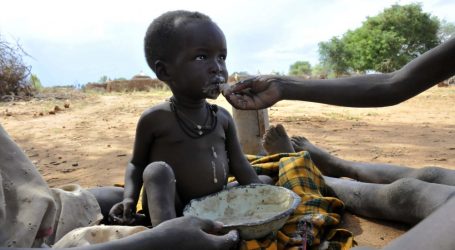 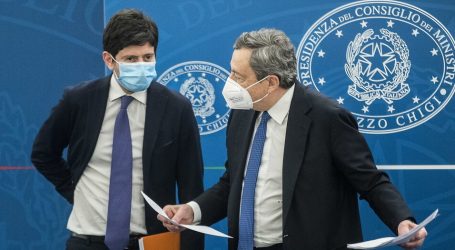 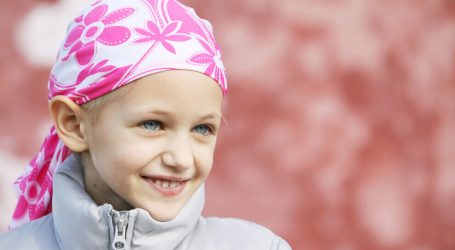