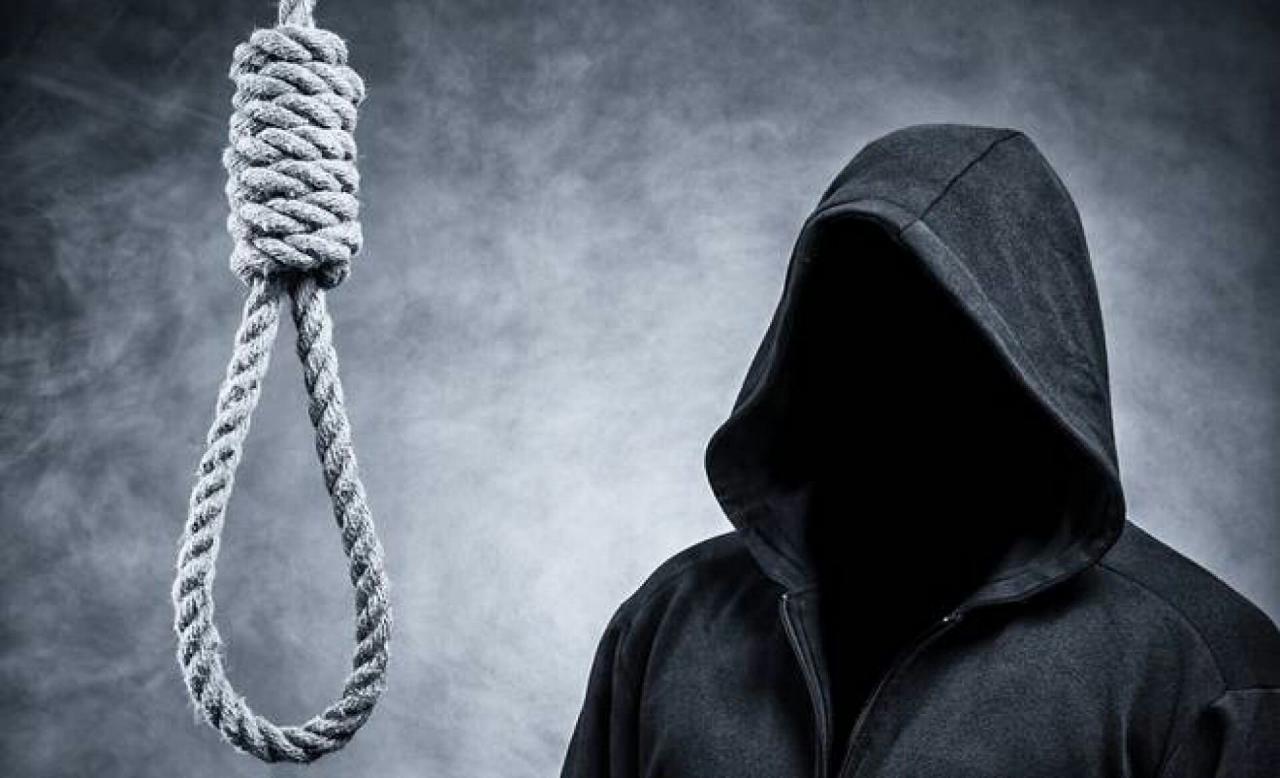 It is easy to understand that every action taken following covid-19, had the sole function of devastating society and depriving it of all free personnel, and all this with the support of every stratum of the population of the earth that has supported every political initiative and legislative in this sense.

It is sad to see humanity that still does not have the awareness that the world is not what it seems but what it is.

The absence of civil rights kills

He very first executive order Joe Biden signed upon becoming the forty-sixth President of the United States was the national mask mandate he promised at the Democratic National Convention back in August.

The order makes face coverings and social distancing mandatory on all federal property and a legal requisite for interstate commerce. The move signals a clear intent on the part of his administration to double down on the “authoritarian” emergency measures – as described in a recent paper from Oxford University – implemented in the wake of the pandemic crisis and sets the stage for what may be the greatest threat to human rights and civil liberties the world has ever known.

Under the cover of a public health emergency, governments around the globe have imposed a litany of authoritarian measures to curb freedom of movement, assembly, and association. The implications have not been lost on most of us and pockets of resistance have sprung up in various cities and towns across America and the world. Even academia has now begun to examine the risks these measures pose to the rights enshrined in international treaties like the American Convention on Human Rights or Pact of San Jose, the International Covenant on Civil and Political Rights (ICCPR), and the Arab Charter on Human Rights among others.

A study published in Oxford University’s Journal of Law and Biosciences explores how these restrictions are leading the world down a path of totalitarian rule, that threatens to eviscerate decades of hard-won social progress through the expansion of surveillance and the “excessive and disproportionate” application of emergency measures across different countries. The researchers expose troubling examples of how governments have availed themselves of indefinite curfews, quarantines, and public humiliation to target migrants or other marginalized populations, which the authors judge to be “are far beyond what would be necessary to contain and slow the spread of COVID-19, and in some cases bear little relation to that otherwise legitimate public health objective.

Additionally, the study’s authors underline the need for a more common-sense approach and decry the “Wuhan-inspired all-or-nothing approach to viral containment,” setting a “dangerous precedent for future pandemics and disasters, with the global copycat response indicating an impending ‘pandemic’ of a different sort, that of authoritarianization. With a gratuitous toll being inflicted on democracy, civil liberties, fundamental freedoms, healthcare ethics, and human dignity, this has the potential to unleash humanitarian crises no less devastating than COVID-19 in the long run.”

Reports out of Germany confirm that at least four states in the European nation are in the process of setting up detention camps for “repeat offenders” of that country’s health protocols. Rule-breakers will be held in facilities specially built for the purpose in three of the German localities, while a refugee camp will be used to hold offenders in the eastern state of Saxony, considered to be a “bastion of xenophobic and Neo-Nazi sentiment” by other German states, according to Al-Jazeera.

The idea that such extreme methods could come to the United States probably hasn’t crossed the mind of most Americans. After all, many still believe in a system of checks and balances that is designed to prevent such egregious overreach by the government. But, the trend is very clear for anyone who has been paying attention and – more significantly – the legal prerequisites are already in place for such an eventuality, as one unsuspecting veteran of the U.S. Navy would come to find out, and, which according to constitutional attorney John W. Whitehead and founder of the Rutherford Institute, allows the government “to rescind the 4th amendment rights,” removing the people’s right to be secure in their homes and protect against unreasonable searches and seizures, to name just one of the issues his story presents.

What Frank Peterson (whose name has been changed to protect his identity) thought would be a relatively quick visit to the local VA emergency room to deal with a couple of broken ribs turned into a shocking revelation about just how far the country he served has come to losing the freedoms that he, and generations of his family before him, enlisted to defend.

Frank endured broken ribs before and thought he could tough it out at home. Earlier that day, he and his fiancé had been driving back from the suburbs when they came across a terrible car accident. Always one to help, he pulled over and tried to check on the driver of the tow truck that had slammed into a tree at the bottom of a ravine. In the process of trying to put out a fire that had ignited inside in the vehicle, Frank crushed his rib cage while rolling down the big gully with a fire extinguisher.

The pain was too intense to sleep off and by 2:00 am he’d thought better of it and headed down to 1101 Veterans Dr. in Lexington, Kentucky for treatment at the VA health care facility. Frank informed them he had been feeling a bit under the weather. A slight cough and some fatigue. Following protocol, he was administered a COVID-19 test and given a general rundown of the precautions he should take while he waited for the results, which came back positive a few days later.

Along with the results came the Lexington-Fayette County’s Health Department (LFCHD) and an Isolation Order requiring Frank’s signature. The remarkable document sent to him via email stipulates the responsibilities he, as “a source of infection of a communicable disease,” must adhere to during the 14-day self-quarantine period. These include having prior approval of the LFCHD in order to leave the County, receive visitors, travel “by any public, commercial or healthcare conveyance” and numerous other restrictions.

While these stipulations are certainly problematic on their own, the most egregious encroachment upon civil liberties is reserved for the last two bullet points, which state that should Frank be found to be in violation of any one of the aforementioned requisites, the LFCHD can file a lawsuit against him in the state Circuit Court and, in addition, reserves the right to “re-evaluate this order prior to determining when the isolation period may be lifted”.

Frank has since been released from self-isolation. But, as he told MintPress, he never signed the document, which Whitehead considers to be the best protection he could have afforded himself under the circumstances.

Had Frank signed the Isolation Order, he would have waived all of his constitutional rights and could have potentially faced criminal charges, according to Mr. Whitehead, who spoke to MintPress about his situation and the terrifying implications for all Americans.

The judicial basis for the power currently accumulating in the hands of the biopharma cartels and their agents in the U.S. government, like acting Assistant Secretary for Preparedness and Response Robert Kadlec, comes from the landmark Jacobson v Massachusetts case of 1905 that upheld states’ rights to enforce compulsory vaccination laws. The Supreme Court’s decision created a perfect loophole that allowed the abrogation of all constitutional rights, ruling that individual liberty was not absolute and subject to the police power of the state in the case of a public health emergency.

The seminal decision has never been successfully challenged in the lower courts since and is the precedent that underpins the statutes cited in Frank Peterson’s Isolation Order of the applicable Kentucky state and county codes. It is state statutes that allow such a draconian order to be enforced, including arrest and criminal charges.

“It is deeply entrenched in American law, that with a health crisis like this the government has what’s called a ‘compelling state interest’ to protect the general safety of the public,” Whitehead explains, adding that this particular judicial principle raises the question of whether Americans “have any rights at all that cannot be emaciated.”

Indeed, emergency powers have served as the backbone of the American executive branch throughout the first two decades of the twenty-first century. A global pandemic is nothing less than the mother of all emergencies in which our rights can be suspended indefinitely through long-established legal devices, that seemed to lie dormant in obscure law tomes only to be weaponized at this very moment in history.

For the moment, nobody has come knocking on Frank Peterson’s door asking questions about the Isolation Order and why he refused to sign it, and ultimately, laws don’t mean much unless they are enforced. But, it doesn’t mean they won’t eventually.

In terms of defying such Orwellian tactics in court, Whitehead, who spent forty years practicing law in Washington D.C., warns that “courts are the government, too” and that the principle of compelling state interest is more than likely to be upheld in every and any case that challenges the measures undertaken under the guise of public health.

Preserving the “right to say you’re not sick,” as Whitehead observed, will largely depend on our ability to resist signing off our rights. Even in this case, however, legislative proposals wait in the wings to counter such acts of resistance. One such proposal has been introduced into the New York State Assembly every year for the last five years by Assemblyman N. Nick Perry, a Democrat representing District 58 in Brooklyn.

The “dormant” bill was written as a result of the Kaci Hickox case, a nurse who was held against her will in New Jersey after treating Ebola patients in West Africa, despite twice testing negative for the virus. Perry’s bill would open the door to detention camps in the United States for individuals who run afoul of state-imposed public health measures “in the event that the governor declares a state of health emergency due to an epidemic of any communicable disease.”

The bill’s language is unambiguous, stating clearly that “Upon determining by clear and convincing evidence that the health 9 of others is or may be endangered by a case, contact or carrier, or suspected case, contact or carrier of a contagious disease […] the governor or his or her delegee, including, but not limited to the commissioner or the heads of local health departments, may order the removal and/or detention of such a person or of a group of such persons by issuing a single order…”

While mainstream publications like Politico have tried to downplay the bill’s significance and throw around terms like “conspiracy theories” to dissuade readers from taking warnings by the bill’s opponents seriously, it doesn’t take a tinfoil hat to see which way the wind is blowing and for Assembly Bill A416 to move from committee to the floor of the state Senate and onto the desk of Governor Cuomo.

If such a bill were passed and signed in the state of New York or elsewhere, people like Frank Peterson who refused to sign an Isolation Order or, quite simply, flouted the new mask mandate signed into law by President Biden yesterday evening, could be rounded up and sent to a detention camp.

As Whitehead has been warning, these measures “will be enforced by a militarized police,” which have been steadily growing stronger in the United States for years and which could very well end up merging with federal law enforcement agencies as the related push for “domestic terrorism” laws come into play. 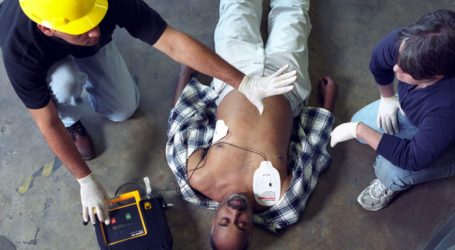 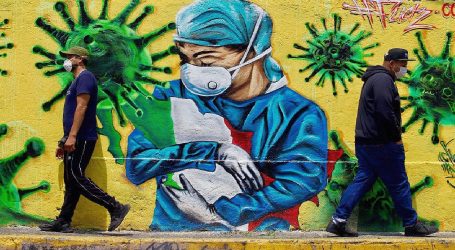